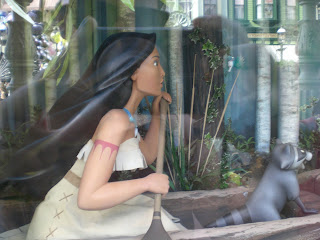 Friday night, 7 pm, my friend Monica and I decided to buy plane tickets to fly to Orlando for the weekend. She had scored some free all park passes, so we figured there was really no reason not to abandon all our school responsibilities and go. She was a trooper all weekend and put up with my random outbursts of “ohmygod, are you kidding me?!” and helped me spot all the images of Indigenous People throughout the parks–and believe me, there were a lot.

I’m going to post most of these without any extensive analysis, I think they speak for themselves. I apologize for the sometimes fuzzy/awkward photos, a lot of them were taken from moving boats/cars/elephants/pirate ships. 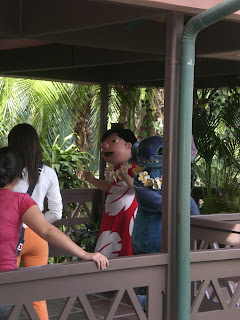 Lilo and Stitch (Lilo is Native Hawaiian), note the leis 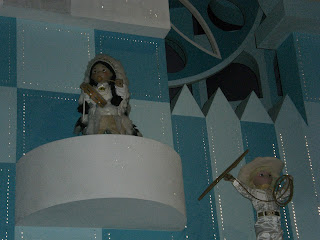 Cowboy and Indian on “It’s a Small World” 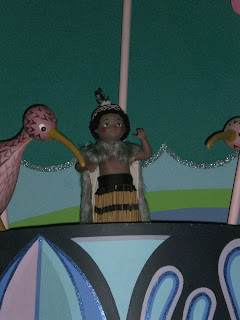 I think this is an Australian Aboriginal? Judging by the Birds?
Update: He’s supposed to be Maori! That totally makes more sense. (Thanks Alia) 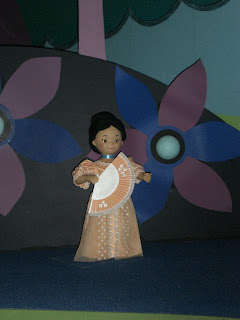 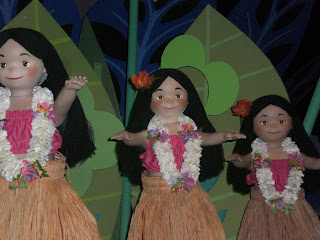 They wiggled their hips too. 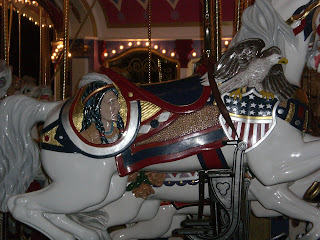 on the carousel, interesting combination of the Indian head with the eagle/US shield… 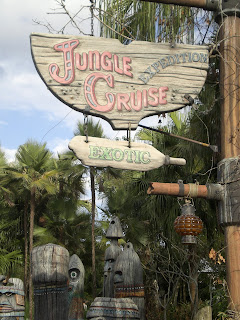 Now we get to the Jungle Cruise (exotic!) where I really wish my pictures were better. 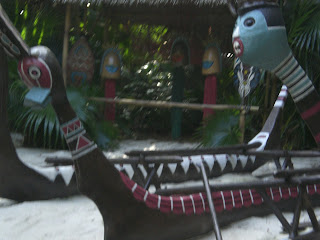 This scene was accompanied by our “guide” saying something like “up here on the beach you’ll see one of our many Native…uh oh! They’re gone! hear those drums? That means they’re preparing for the hunt..and I think we’re invited to lunch.” Jokes about cannibalism are awesome! 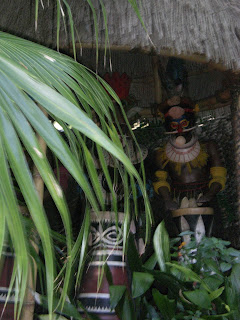 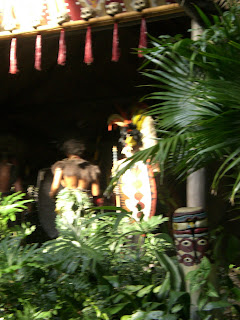 Those are the angry Natives “war dancing” 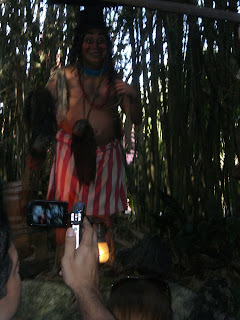 That’s “Trader Bob” (?) who sells shrunken heads at the end of the ride. 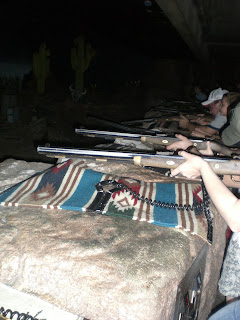 Native style blankets at the shooting range in Frontier Land 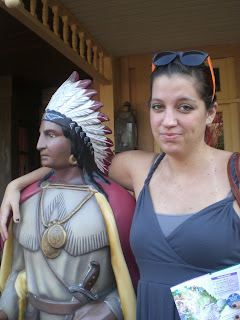 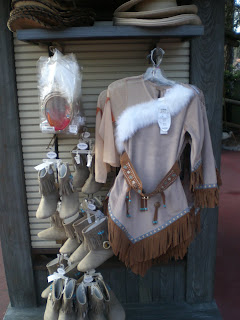 The full Pocahontas outfit for sale in (of course) Frontier Land 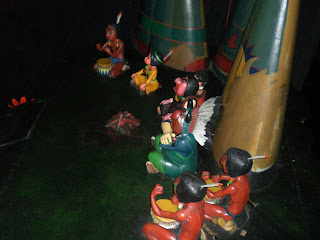 “What makes the red man red?” Indians on the Peter Pan ride 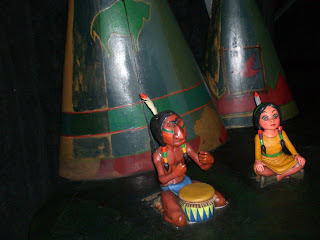 Not stereotypical at all, right? geez. (This is also Peter Pan) 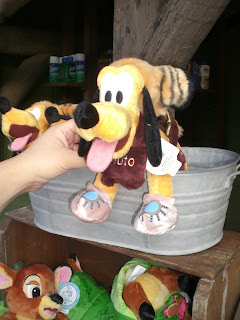 Frontier Pluto’s got some moccasins 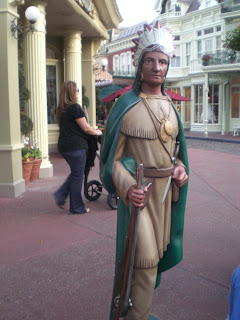 Believe it or not, there are actually way more. I’ll save Epcot, Animal Kingdom, and the Disney Wilderness Lodge for additional posts. Hope you enjoyed your magical ride through the happiest place on earth!