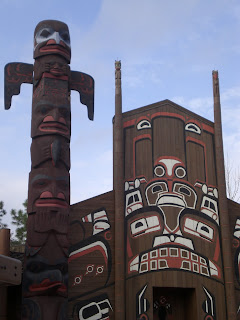 Most of my pictures from Epcot come from the “World Showcase” which could be a dissertation in itself–it was fascinating to see which aspects and icons from countries they chose to feature, which were omitted, and how little explanation was given with the structures and images.

The picture above (and most that follow) comes from the Canadian village, which was almost exclusively Native themed–while interestingly the American Village looked like a stereotypical new England town: 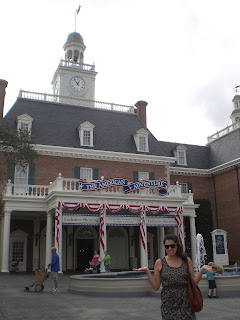 Anyway, after the jump, lots of photos of Canadian First Nations Appropriations, a few Mayan/Aztec appropriations, followed by some disturbing representations of Indigenous Africans at Disney’s Animal Kingdom. 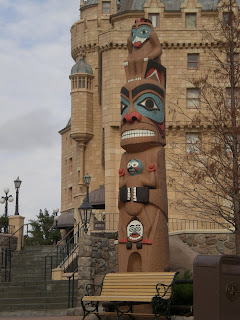 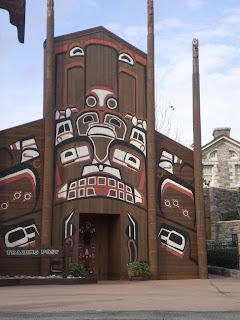 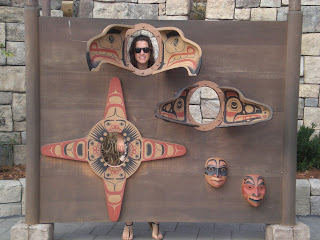 They had “traditional” masks to take pictures with outside the village 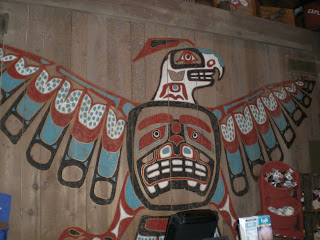 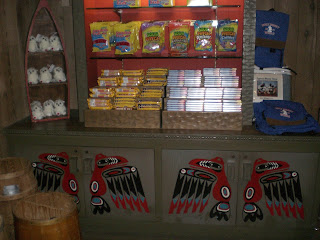 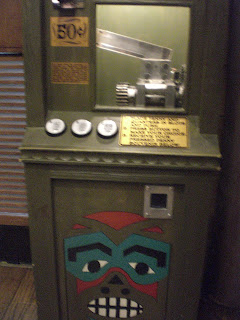 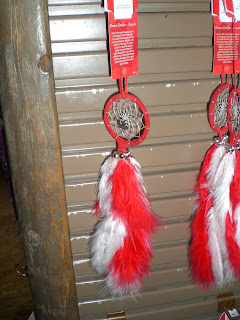 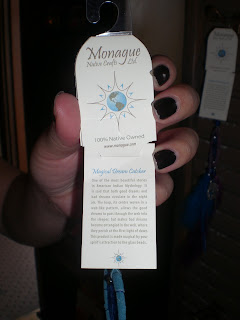 Apparently the dream catchers are from a “100% Native Owned” company. hmm.

Now we go to Mexico! 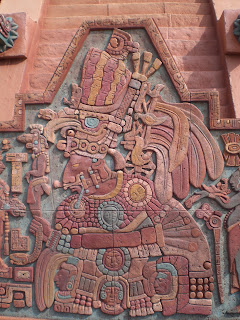 Indigenous imagery on the front of the pyramid structure 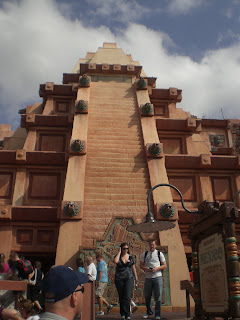 Pyramid in the Mexican Village

Moving on to Animal Kingdom, which is partially set in a fictitious, purposely aged and run-down “African Outpost” called “Harambe” which (thanks google) means “coming together as one” in Swahili. Sorry for all those quotation marks. I only snapped a couple photos of things that just stopped me in my tracks: 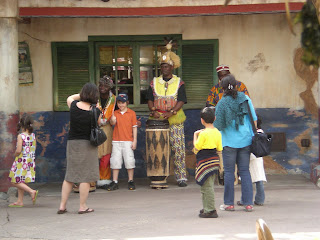 Get your picture taken with a Real African! I was just struck how these men were put in the same role as Mickey or Donald Duck–characters on display. 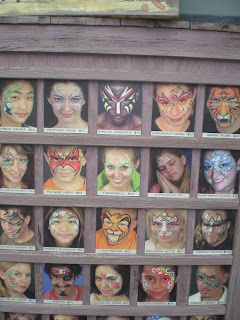 Look kids, you can get your face painted like a tiger, or a butterfly, or… 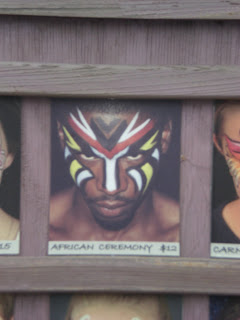 Still to come, photos from the Disney Wilderness Lodge, a luxury resort that is completely Native themed. Think totem poles, winter counts, peace pipes, and lincoln logs all rolled into one decor.